What do you know about bentonite?

Bentonite is a non-metallic mineral with montmorillonite as the main mineral component. Montmorillonite structure is a 2:1 crystal structure composed of two silica tetrahedrons sandwiched with a layer of alumina octahedron. Because there are some cations in the layered structure formed by montmorillonite crystal, such as Cu, Mg, Na, K, etc., the interaction between these cations and montmorillonite crystal is very unstable and easy to be exchanged by other cations, so it has good ion exchange property. It has been applied to more than 100 departments in 24 industrial and agricultural production fields and more than 300 products. Therefore, it is called universal soil. 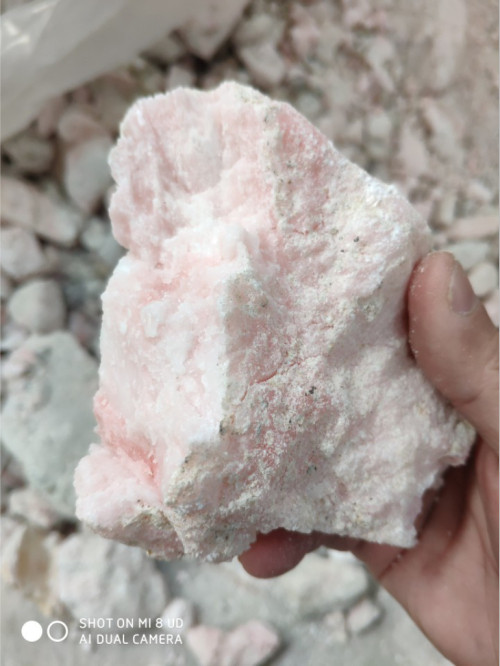 Bentonite is also called porphyry rock, bentonite or bentonite rock. Bentonite has a long history of development and use in China. It turned out to be just a detergent. (there was an open-pit mine in Renshou area of Sichuan hundreds of years ago, and the locals call bentonite clay powder). It's really widely used, but it's only 100 years old. The earliest discovery in the United States, in the paleostratum of Wyoming, it is yellow green clay. After adding water, it can expand into a paste. Later, all clays with this property were collectively referred to as bentonite. In fact, the main mineral component of bentonite is montmorillonite, with a content of 85-90%. Some properties of bentonite are also determined by montmorillonite. Montmorillonite can be yellow green, yellow white, gray, white and other colors. It can turn into dense blocks or loose soil. It feels slippery when rubbing with your fingers. After adding water, the volume of small pieces expands several times to 20-30 times, and they are suspended in water. When there is less water, they are mushy. The properties of montmorillonite are related to its chemical composition and internal structure.
Bentonite is a kind of clay rock, also known as montmorillonite clay rock, which often contains a small amount of illite, kaolinite, halloysite, chlorite, zeolite, quartz, feldspar, calcite, etc.; It is generally white and light yellow. Due to the change of iron content, it is light gray, light green, pink, brownish red, brick red, gray black, etc.; Waxy, earthy or greasy luster; Some bentonite are as loose as clay, and some are dense and hard. The main chemical components are silicon dioxide, aluminum oxide and water, as well as iron, magnesium, calcium, sodium, potassium and other elements. The contents of Na2O and Cao have a great influence on the physical and chemical properties and process properties of bentonite. Montmorillonite minerals are monoclinic system, usually clods, white, sometimes light red, light green, light yellow and other colors. The luster is dim. Hardness 1 ~ 2, density 2 ~ 3G / cm3. According to the type, content and interlayer charge of exchangeable cations of montmorillonite, bentonite can be divided into sodium bentonite (alkaline soil), calcium bentonite (alkaline soil), natural bleaching clay (acid clay), calcium bentonite or calcium bentonite). Bentonite has strong hygroscopicity and expansibility. It can absorb 8 ~ 15 times its own volume of water, and the volume expansion can reach several times to 30 times; Water medium can be dispersed into gel and suspension, with certain viscosity, thixotropy and lubricity; Strong cation exchange capacity; It has certain adsorption capacity for various gases, liquids and organic substances, and the maximum adsorption capacity is 5 times of its own weight; Plasticity and adhesion with water, mud or fine sand mixture; Surface active acid bleaching clay (active clay, natural bleaching clay acid clay) can adsorb colored ions.